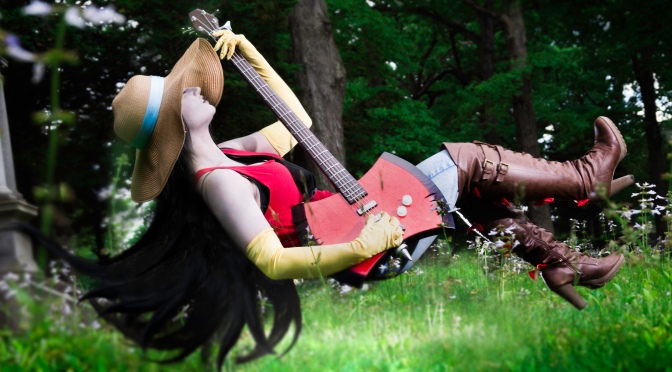 Adventure Time holds a special place in my heart.  I’ve watched every episode more times than I can count, and it never ceases to amaze me with it’s whimsy, charm, and deep-rooted existentialism.

I decided to do Marceline’s first outfit before I had seen all of Adventure Time, so I had no idea at the time how important this show would be to me.  Marceline’s character is incredibly real, and her backstory can be tear-jerking at times.  Seeing her character develop made my choice cosplay her even more fulfilling.

I have made two of Marceline’s outfits so far, and both have been made using purchased garments, the exceptions being my axe bass and  stuffed teddy bear, Hambo.

The photos below feature two different basses,  The first was made using insulation foam, Worbla, and jewelry wire for strings.  The second was made using wood and real guitar parts.

Hambo was patterned and sewn from scratch to look old and weathered just like Marcy’s Hambo.  I used watered down paints to make him look dirty and gave him holes for his stuffing to poke out! 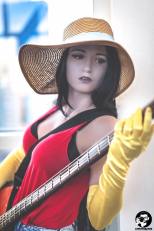 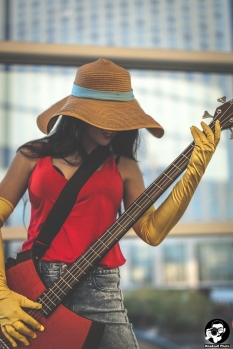